On the 6th October 2013 the first ‘Yeah Nah It’s not OK’ talent quest featured students from Eastern Bay of Plenty Schools performing songs with an anti-family violence message they composed themselves. Winners of the contest were Manawa Toa, a big band from Te Kura Kaupapa Motuhake O Tawhiuau in Murupara, with their song “Take This Away”.
About  250 people attended the show at Whakatane’s Liberty Centre. The event was a huge success in raising awareness and providing information to young people about family violence; about how they can help and support other people and where they can go for help — It is OK to ask for help!.

The talent quest was organised by a committee led by Helen Holt, Family Violence Response Coordinator for Family Works Northern in Whakatane and Chris Barnard from Have a Heart. Committee members were from the EBOP Family Safety Committee, Family Violence Network. The talent quest attracted great local support, with local businesses donating prizes and food, including the recording of “Take this Away” .The It’s not OK campaign (www.areyouok.org.nz), Family Works and the Knox Presbyterian Church provided funding and resources.

We wanted a local primary intervention and awareness raising campaign to address the statistics and to challenge the misconceptions around family violence.  We also wanted to give our young people a voice to show the local Community how violence impacts on them, and to show their peers that they are not alone.  We also choose a medium that would allow us to talk about violence being not okay in a way that was non-confrontational and involved an area that is very important locally i.e. music.   Our ultimate goal is violence free Communities.

So we came up with the idea of the Yeah Nah It’s not OK EBOP Song Quest, now in its fourth year.

The Song Quest targets young people aged 11 yrs. to 19 yrs. to write their own song and music with an anti-violence message.  These are performed live in front of an audience and a panel of Judges . 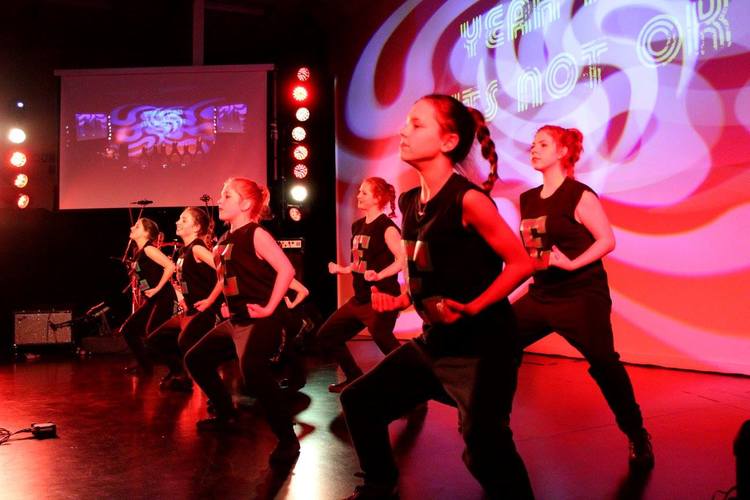 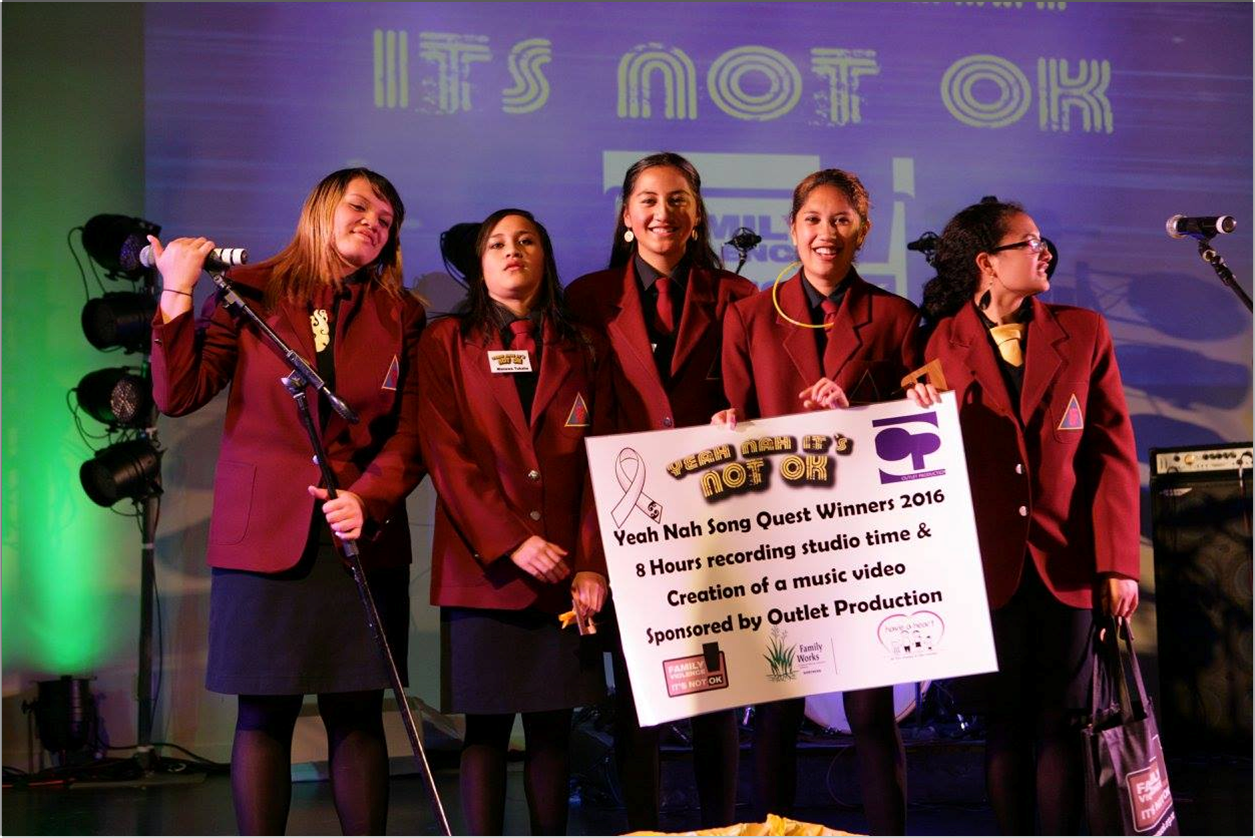 Our Aims with this event are:

We want to Create a quality well organised local Event that people want  to be associated with.

Be a silent partner with financial support; making contributions to projects or ongoing monthly contributions towards the overall goals of the Trust. You can claim tax credits of 33% for donations.